In 1906 Hirokichi Hayashi and his brother Tomoichi Kitano opened the Hayashi Nursery at 2239 73rd Ave., Oakland (originally the corner of Thomas Ave. and Yoakum). In 1912 another brother, Kunitaro Minami joined the nursery. The brothers first grew carnations but eventually switched to potted plants and grew poinsettias, Easter lilies, cyclamens, potted roses, and begonias. Hirokichi served as President of the California Flower Market from 1930-1932. The nursery continued to operate in Oakland until the brothers and their families were forced to evacuate to Utah’s WWII Japanese internment camp, Topaz. When the Hayashi family returned to Oakland after the war the greenhouses were nearly all destroyed. Almost all of the property was sold except for three residential homes and a small strip of land on which they built a greenhouse and began growing azaleas. In 1949 Hirokichi’s two sons, Henry and Warren, bought property in Union City where they re-established the Hayashi Nursery. In 1964, Henry’s son, Norman, assumed a management role. The nursery operated under Norm’s leadership for almost 30 years. After 87 years of operation the Hayashi Nursery finally closed on 7 October 1993. 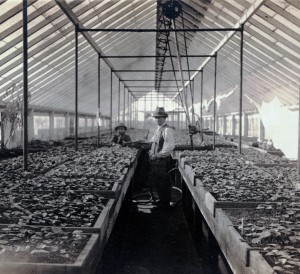 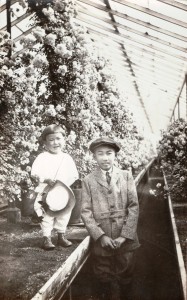 Warren and Henry Hayashi at the Hayashi Nursery in Oakland, 1920s. 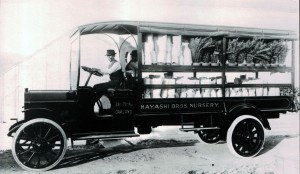 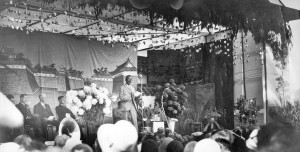 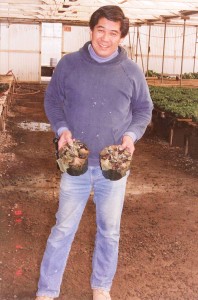