The Maida Nursery was started in the early 1900s on Wall Avenue in Richmond by Kumakichi Maida and his son Eiichi. Before opening his own nursery Kumakichi had learned the business by working for the Domotos, a prominent nursery family from his same prefecture in Japan. Around 1904 Kumakichi’s wife Matsue and his 14 year-old daughter, Kane, joined him and Eiichi in America. In 1914 Eiichi married and started his own nursery next door. In 1918 Kane married Torayoshi Muraki who took the Maida name. Kane and Torayoshi took over the Maida Nursery while Kane’s parents, Kumakichi and Matsue, opened another nursery not far away. Kane and Torayoshi had three children: Meriko, Asako, and Junko. The family grew roses at the nursery until they were forced to evacuate to Topaz, Utah during WWII. While the family was incarcerated a orchid grower rented the nursery for a short time before quitting the lease. For the last part of the war the nursery was empty and uncared for and the Maida house was rented out, without permission from or profit to the Maida family. When the family returned to Richmond after the war the house and greenhouses were in horrible condition. The family slowly repaired and rebuilt their home and business. Torayoshi, Kane, and eldest daughter, Meriko, ran the Maida Nursery (doing business as Felton Nursery Co.) until Kane’s death in 1961. The nursery was sold and Torayoshi returned to Japan after more than 40 years. 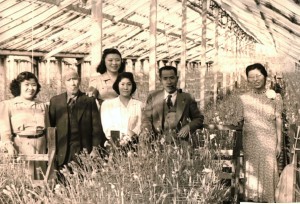 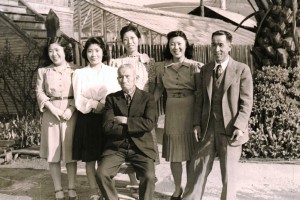